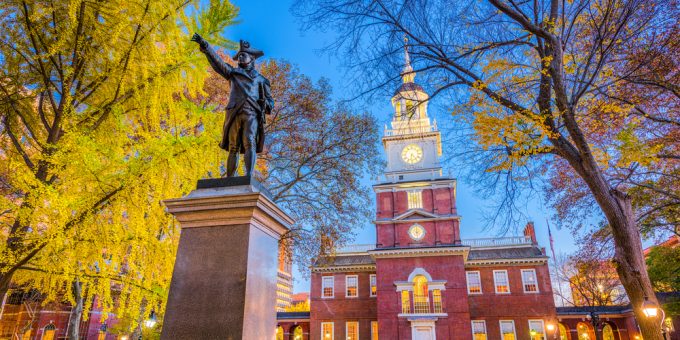 Sweden-based online games developer NetEnt has strengthened its presence in the Pennsylvanian market.

The B2B iGaming supplier has launched its slot games with Wind Creek Casino, a tribal operator in the state.

NetEnt’s content integration is the latest step in Wind Creek’s venture in the world of online gaming, having launched its real-money casino website last month.

NetEnt has been in Pennsylvania’s online gambling space since July 2019, which wasn’t long before the digital casino market went live. It has partnerships with Penn National Gaming, as well as Parx Casino – operated by Greenwood Gaming and Entertainment.

Brian Kraft is NetEnt’s Commercial Vice President for the Americas. When commenting on the slot game launch with Wind Creek Casino, he had the following to say.

“It’s a major achievement to be supporting Wind Creek in its online journey.

“Given the strong performance of our content with local players, this partnership will no doubt see Wind Creek make a big impact in the online landscape.”

Kraft also said that the partnership “undermines our status as a go-to supplier in Pennsylvania”.

The Wind Creek online casino platform is powered by Pala Interactive. In addition to its online casino offerings, the operator – owned by the Poarch Band of Mission Indians – has a sports betting partner agreement with UK-headquartered sportsbook Betfred.

“It’s an exciting time to be adding iGaming to our offering in Pennsylvania’s online arena, and with NetEnt’s portfolio of market favourite casino games we are in a strong position to quickly gain market share.

“We look forward to working with their knowledgeable team to build on our offering and deliver a first-rate online experience to our players.”

NetEnt is in the process of being acquired by Evolution Gaming, an online live dealer games developer based in Malta. The deal, if completed, will be a lucrative one worth 19.6 billion Swedish Krona (SEK) – which is roughly $2.21 billion.

Yesterday (September 22nd), the UK Competition and Markets Authority said that it would investigate the transaction. It wants to determine whether or not choice and competition in the regulated UK market would be significantly reduced as a result.

Online slot games generated $39.6 million in revenue last month, which is a huge jump from the figure of $2.5 million in the same month last year. Meanwhile, online table games contributed $13.6 million – up from $903,000 in August 2019.

Online casino gaming across all sub-verticals in the Keystone State was worth $56 million last month, which was a $1.2 million jump from July 2020’s total and a new record.

The figures were likely helped by land-based casinos still having to deal with COVID-19 safety measures; retail slots dropped by 19.7% year-on-year and totaled $167 million. Land-based table games also declined, with the final monthly figure of $65.1 million representing a decline of 14.5% year-on-year.