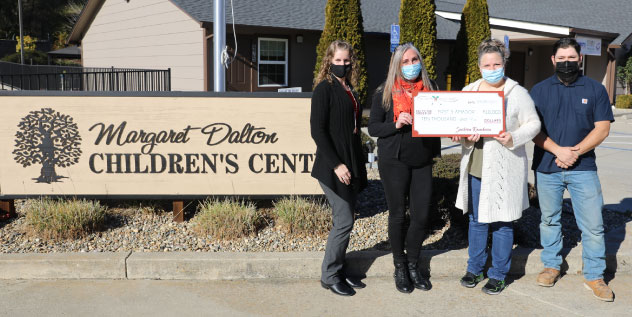 “The Jackson Rancheria Band of Miwuk Indians is deeply invested in our local community,” said Crystal Jack, CEO of Jackson Rancheria. “The Tribe is delighted to have the ability to support First 5 Amador’s efforts to continue to provide exceptional services to the youth of Amador County and their families. We are proud of all that they have accomplished and will continue to accomplish as they nurture healthy children and strong families in our region.”

Once completed, First 5 Amador’s new outdoor Children’s Learning Lab will allow the organization to offer expanded services and dynamic learning experiences for children and their families.

“It has been an honor to work closely with the Tribe as we develop plans for our new and improved Children’s Learning Lab,” said Nina Machado, Executive Director of First 5 Amador. “With the help of Jackson Rancheria, we will be able to offer more interactive play opportunities for the children of our program. We are truly thankful for the Tribe’s continued generosity.”

First 5 Amador funds programs and services that give parents and caregivers the tools necessary to ensure their children reach their greatest potential. For more information, please visit www.first5amador.com.

About First 5 Amador
First 5 Amador’s mission is to promote, support, and enhance the optimal development of Amador County’s children from zero to five years of age. First 5 Amador’s Commission believes that broad community involvement is critical to the success of this mission. With Proposition 10 funds, First 5 Amador supports projects that make sense locally based on identified needs and opportunities for children and families in Amador County.